Writing Fanfic - and Getting Paid for It

Huge announcement from Amazon.com, I'll just paste the information here but you can read the full text on their website.

Get ready for Kindle Worlds, a place for you to publish fan fiction inspired by popular books, shows, movies, comics, music, and games. With Kindle Worlds, you can write new stories based on featured Worlds, engage an audience of readers, and earn royalties. Amazon Publishing has secured licenses from Warner Bros. for Gossip Girl, Pretty Little Liars, and The Vampire Diaries, with licenses for more Worlds on the way.

The Kindle Worlds Self-Service Submission Platform will launch soon and enable you to submit your original works for publication. Can't wait to start writing? Learn more on our Kindle Worlds for Authors page.

Granted, there are very few "Worlds" locked up so far, but it's a huge step as it is. What are the chances that Star Wars could be added? Star Trek? Come join the DB Forum to discuss!

This is pretty amazing. It will be interesting to see what companies are cool with this and which are not.

One thing's for sure, if Disney adds Star Wars, lots of people on this site will find it easy to piece together stories to publish.

Illegal and Infringing Content: We take violations of laws and proprietary rights very seriously. It is the authors' responsibility to ensure that their content doesn't violate laws or copyright, trademark, privacy, publicity, or other rights.

is something that Disney is going to be pretty evil about. Lucas Arts are pretty draconian about making money off anything related to Star Wars, and Disney is generally known to be even worse.

(Lucas Arts once issued a cease and desist order to the owner of the Emperor's Hammer for using the Imperial Symbol on mugs/mousepads it was selling via cafepress)... but if they do happen to work something out, this'd be pretty cool.

Fun idea, but as Yacks said I'm unsure whether to see it as something Disney would go for or not....

On one hand, they milk their IPs for everything they're worth, so if it makes them even a penny more, it might actually fit right into their approach... though at the same time, the extra revenue would be minimal, and if any fanfiction became really successful, they might worry about it distracting from their actual sales (as it's not like most Star Wars books are brilliantly written, so a really good fanfiction series could actually be a genuine competitor), which then distracts from the big money from the toys and things of the characters form the books. 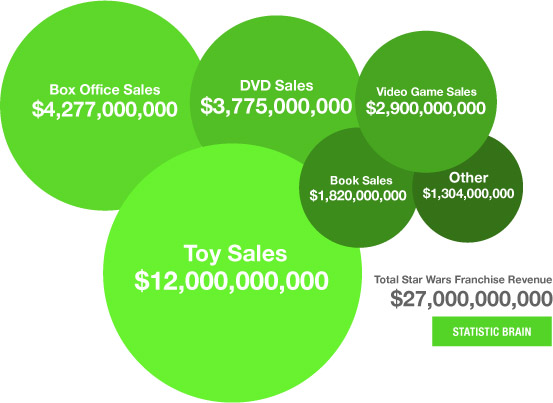 For every Muz Ashen fan, they lose a sale of a Quinlan Vos toy :P

Although I suppose hypothetically they could officially license something if it did end up amassing a big fanbase and make toys for it... so it's an interesting scenario.

I for one would love to make our history into these books. Just the gjw with the vong or other gjws woul get some serious fan support and could make alot of novels.

This would also bring in alot of fresh blood to join us.

Plus to do spinoffs of different characters in our midst would peak interest. Would make me really want to get into my character history

Xanos, that is a good point. Agreed that many of the books aren't fantastic and that fanfic writers might actually outdo them and be more successful...

They'd certainly take their time to do a full analysis on it.

As written, the guidelines behind this program are such that I hope no one actually submits to it. It's a really bad deal for the authors.

It's a SWEET deal for the companies involved. Amazon and Alloy (the only publisher involved at present) get to pay you once (and ONLY once) to then use your ideas with impunity and in perpetuity. If you actually got a publishing deal for a book, they pay you an advance, eventually you could get royalties, and if a foreign language publisher wants to publish your book in their language, you get an advance & royalties all over again from that source as well.

But with this deal? ONCE.

Your idea/character/twist became super popular and everyone loves it more than the original? That's great. You don't get anymore money from it though. And the publisher can appropriate anything you've done for their own official stuff. And all you get out of that is the satisfaction of knowing it was your idea. No more money, and not even likely any recognition for it.

Yes, I know it's not all about the money...but I am a firm believer in the idea that the writer/author of a work should be compensated fairly for his/her work. And this deal stinks.

Lest anyone think I'm making this up (or even worse, somehow brilliant and/or connected in any way to the publishing industry) this is all basically the tl:dr version of a blog post (http://whatever.scalzi.com/2013/05/22/amazons-kindle-worlds-instant-thoughts/) by John Scalzi, the current president of the Science Fiction & Fantasy Writers of America.